Most expensive wines in the world 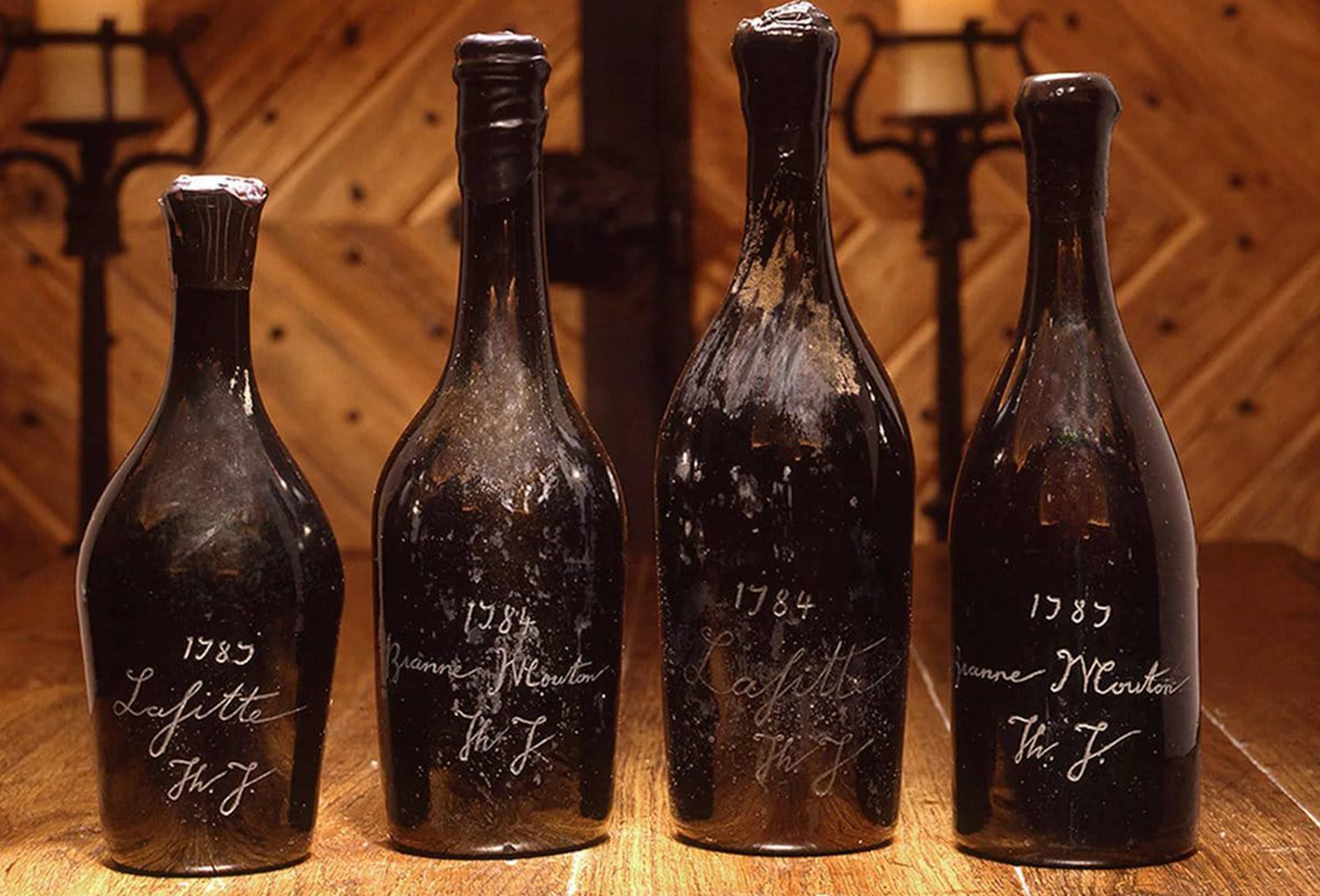 Most people consume wine within one or two days after purchase. Why store wine at all if it can be bought everywhere and almost at any time? Collecting can be regarded as an investment, while the process of selecting and searching for wines can become a source of an additional pleasure and an interesting hobby.

What is the fuss around the most expensive wines in the world, the cost of which continues to grow over time?  Is it a unique product that can surprise sophisticated guests or a good opportunity for long-term investment? It is its own reason for the purchase of such wine for each buyer. However, two things remain unchanged – bottles of incredibly expensive wine and people who are ready to buy them, even though the price of some exceeds $200,000 or even $500,000 per bottle.

Collecting is also an opportunity to celebrate wonderful events with special vintages that match with the year of an important event. For example, acquiring wine from the birth of a child or wedding anniversary will give a special feeling to the moment when you decide to enjoy this wine on the occasion of a holiday. If you get a box of the same wine, this will additionally allow you to observe the evolution of its taste as it matures. And, of course, like any fascinating hobby, interest in collecting wine will bring you knowledge and acquaintances that will allow you to raise your passion for this delicious drink to the next level.

It’s a well-known fact that a good wine becomes better with time. It acquires a characteristic rich taste, which is highly appreciated by true connoisseurs of expensive beverages. However, old and expensive wine is a privilege not only for gourmets. Older wines are getting better with time, and therefore – more expensive, which attracts investors from all over the world. Investing in fine wines is an old, proven way to successfully invest your money. Even in times of economic crisis – collectible, expensive wines do not lose their price. a bottle of wine purchased at the auction at the cost of $ 20,000 after 10 years can cost three times more expensive and in 50 years – 30 times more expensive. All this makes investing in expensive wines a very profitable business.

Storage plays a significant role in the quality of wine. Proper storage is no less important than the production of wine itself, as it directly affects the taste of the product and can instantly cross out the thorough work of the winemaker. So, for example, the temperature should be constant throughout the year, approximately in the range of 10–15ᴼС, and humidity – 65–80%. The wine does not tolerate temperature spikes, vibration, ultraviolet radiation and extraneous odors.

The first wine auctions were created in the USA, England, Australia and France more than a hundred years ago. What affects the price of wine is the quality of grapes and the land on which it grows. A very important indicator is millesime, as an investment attractiveness of each bottle of wine is determined by its harvest. Rainfall, air temperature and soil condition affect the taste palette of wine. In most cases, people invest in wine, because they really love it, they want to understand it and drink it. Ready to go to the vineyards, read the reviews of Robert Parker (the most respected wine critic in the world, whose opinion really affects the market price of a bottle – especially investment).

Here are 10 world’s most expensive bottles of wine: 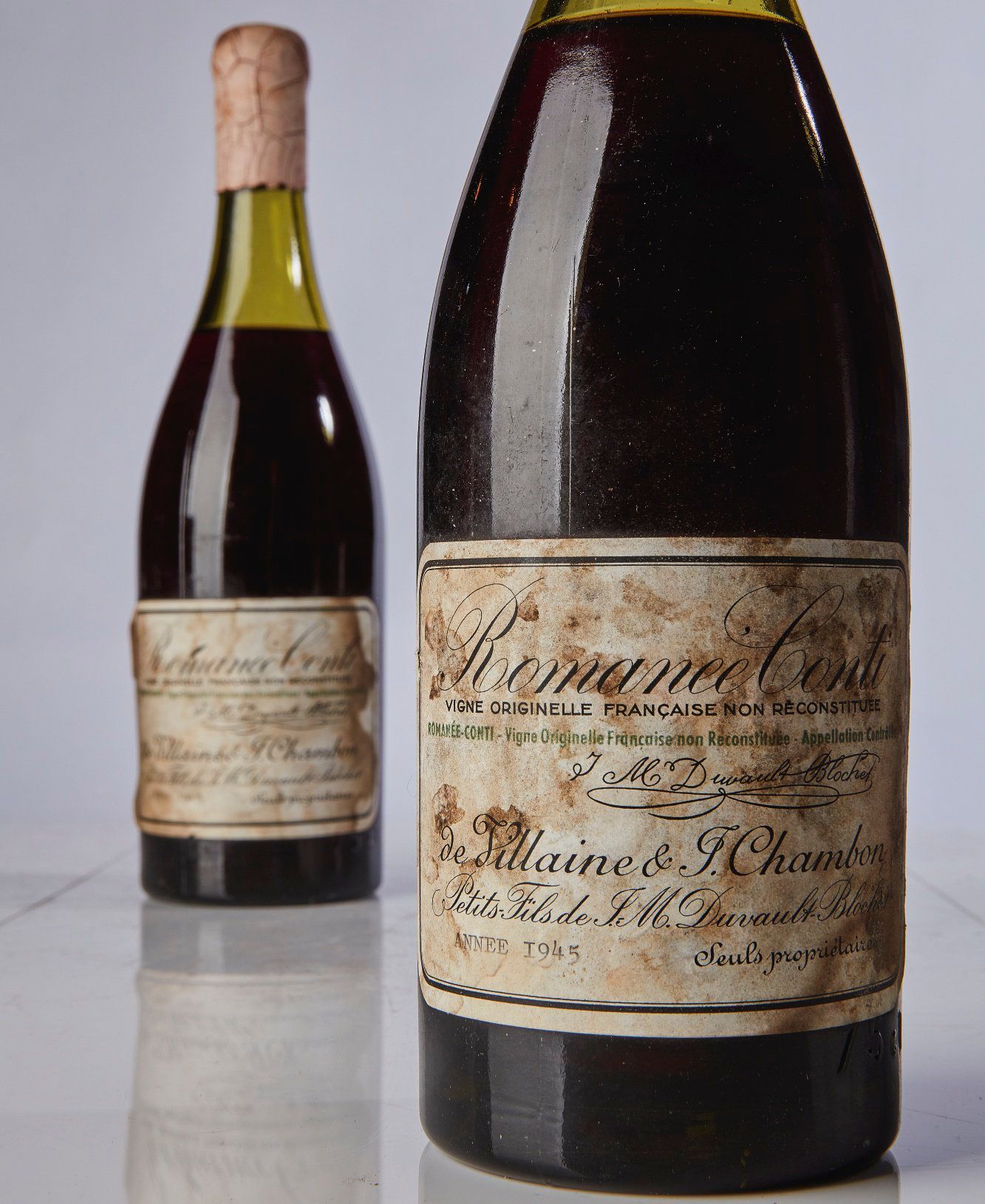 A 73-year-old bottle of French Burgundy became the most expensive bottle of wine ever sold at auction, fetching $558,000. Romanee-Conti has become the king of collectible wines, and the 1945 is considered its most prized vintage. Romanee-Conti only produced 600 bottles in 1945, which was the last year before the producer pulled up its older, prized vines and replaced them with younger vines in 1947. 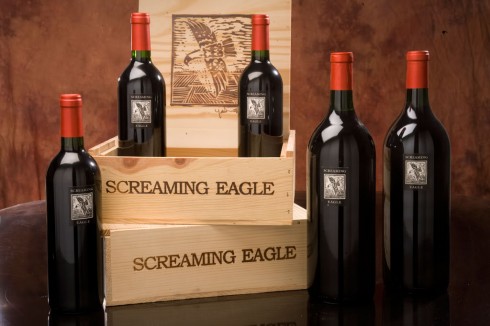 Trust the Americans to get the best of the deals. For the most expensive bottle of wine to have been sold till date was made not in Italy or France, but in America – Oakville, California to be precise. A bottle of Screaming Eagle Cabernet Sauvignon 1992, described as ‘spectacular’, managed to fetch the unbelievable price of $500,000 for a charity auction in 2000. Unfiltered and unfined while bottling, this wine is aged in 60% new oak and is opaque purple in color. It has an aroma of blackcurrants, and there are subtle traces of oak in it. 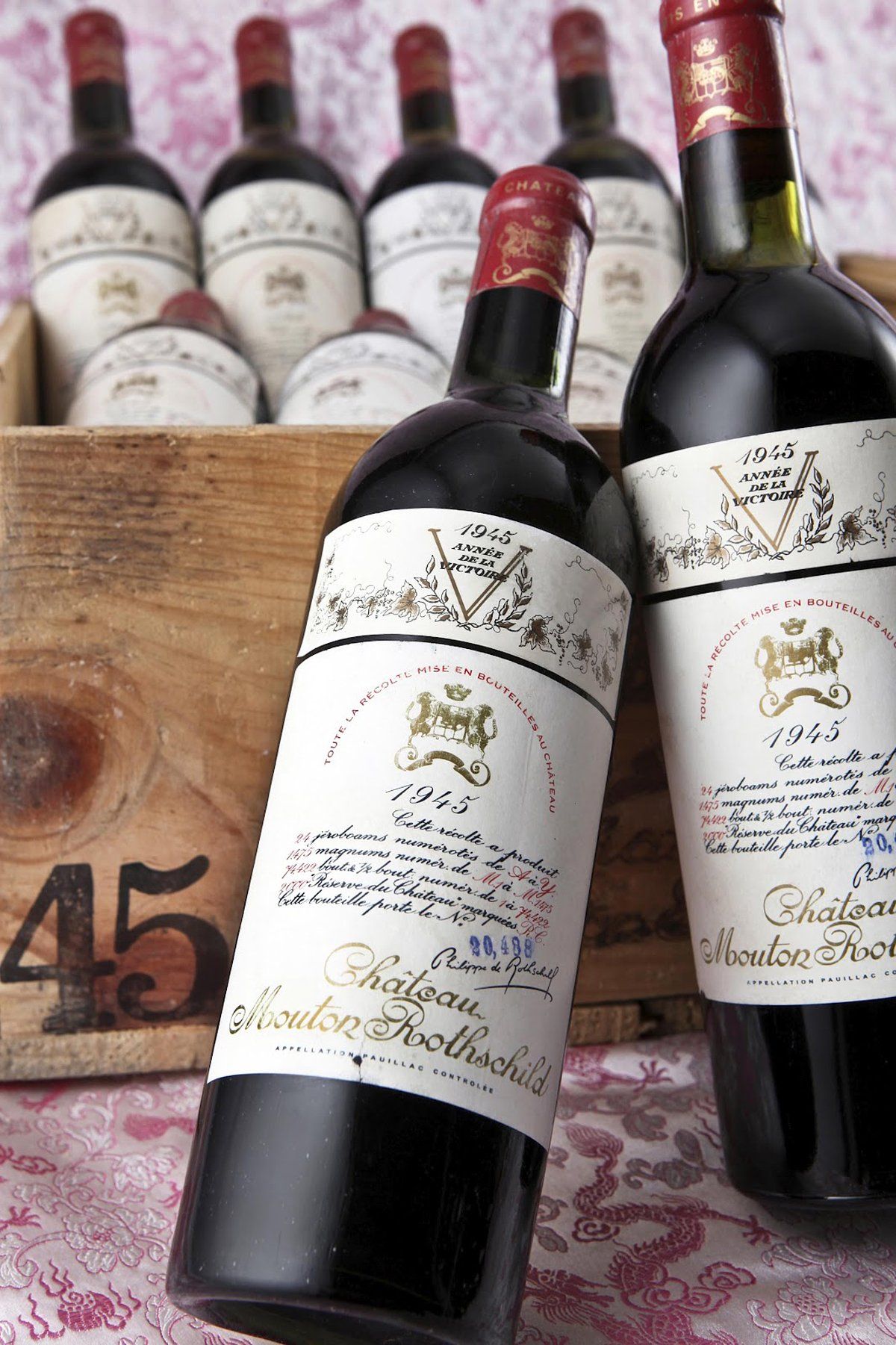 This is a product of the richest family on earth; therefore, its price is not a surprise. Coming from the vineyards of Nathaniel Rothschild who bought the estate in 1853, today these wines are among the most valued in the world. It is considered one of the best vintages of the last century, ‘V’ label in the 1945 indicates the victory of the Allied forces in the Second World War. While a standard 750 ml bottle comes at $310,700, a glass of this would cost around $8,631. It gives mint, dry green moss, vanilla and dry soil, raspberry and sweet dried cherries on the palate. 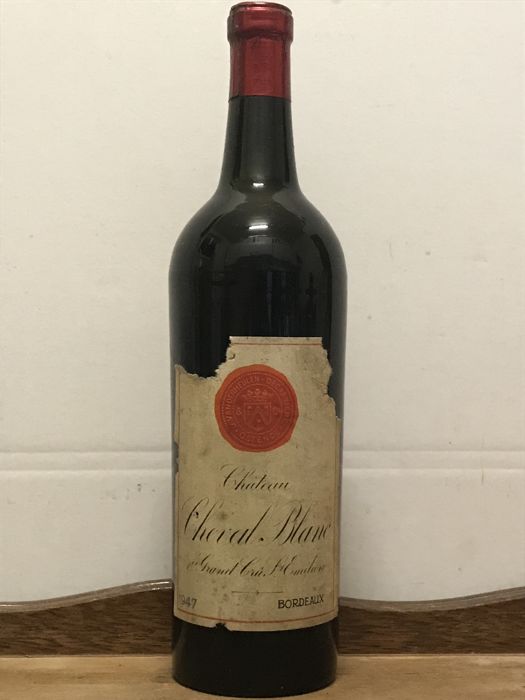 Sold in an auction at Christie’s to an anonymous buyer for $304,375, this wine is considered by many to be the best Bordeaux ever made. Chateau Cheval Blanc is one of the most prestigious winemakers in the world and has been the recipient of the super-exclusive Premier Grand Cru Classe (A) rank in the Classification of Saint-Emilion wine in 2012. Interesting fact is that the year of its birth was characterized by bad weather because of which it had to be produced under very primitive conditions with many technical flaws, giving it a taste that could never be replicated. 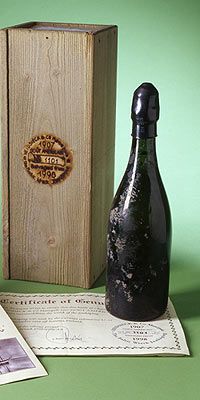 A bottle costing $275,000 each is what you get when the wine was intended originally only for the last tsar of Russia Nicholas II. When the ship carrying the wine sank in 1916, the wine was thought to be lost until the wreckage was discovered in 1997. While 2000 bottles of this wine were discovered, what makes its cost so much is the history behind the bottles. For 80 years this wine had been at freezing temperatures, left undisturbed and away from any source of light. Chris Hoel, who tasted this wine, reported gunflint, black rifle powder and something salty on the nose, flamed oranges and burnt lemon oil among others on the palate. 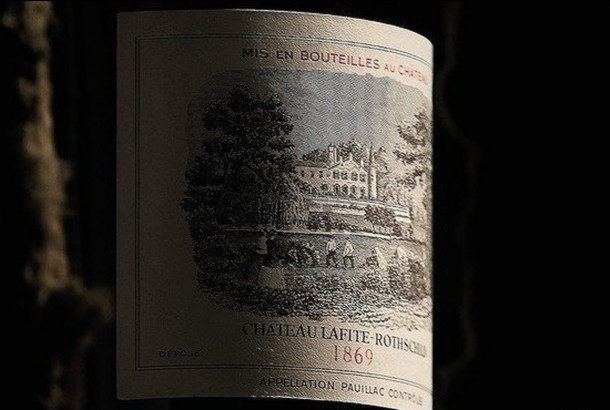 Though estimated to sell for up to $60K each, the Chateau Lafite’s 1869 bidding war for the rare vintage resulted in a $230,000 for a standard sized bottle available at a Sotheby’s auction in Hong Kong in 2010. Though ancient, the wine was known to the collector who acquired all three of the three available 1869 bottles for a total of $690,000. This is the most anyone has been willing to pay for a standard sized bottle of vino, and the owner can slowly enjoy drinking the first two bottles while keeping the third to the envy of all. 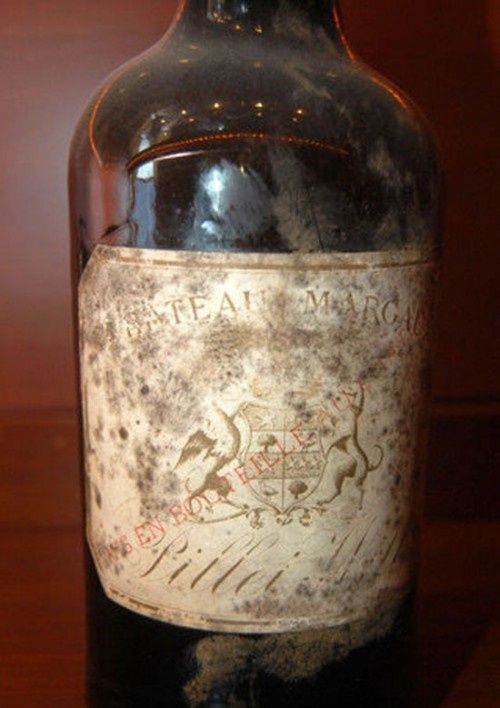 History often does more than make great tasting wine, it makes for unbelievably competitive auctions in the wine arena, but it was an insurance company that valued Chateau Margaux 1787 that was authenticated as belonging to the wine collection of Thomas Jefferson and paid out at a cool $225,000. William Solokin, the wine merchant who had it in his possession, appraised the irreplaceable wine bottle but when he brought it to a Four Season Hotel for a Margaux dinner the waiter dropped it! The insurance company paid out the quarter of a quarter million for the shattered bits, though he pined for a $500K payout or a one of a kind sip he would never taste. 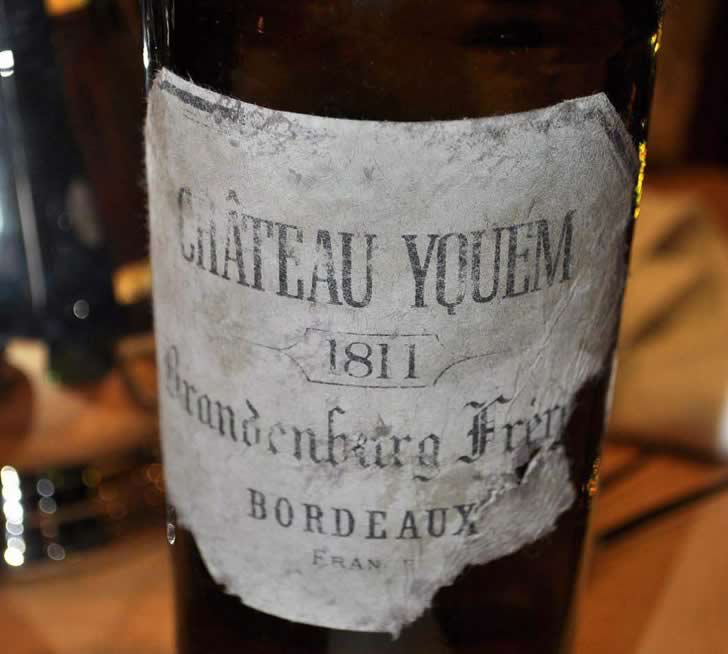 Holding the Guinness World Record for being the most expensive bottle of white wine ever sold, the bottle was sold by the Antique Wine Company for $117,000 to Christian Vanneque, who happens to be a renowned wine expert himself. The reason for this substantial price tag of this bottle is that the harvest of 1811 at the Chateau d’Yquem was so good that many opined it to be the best white wine ever made. 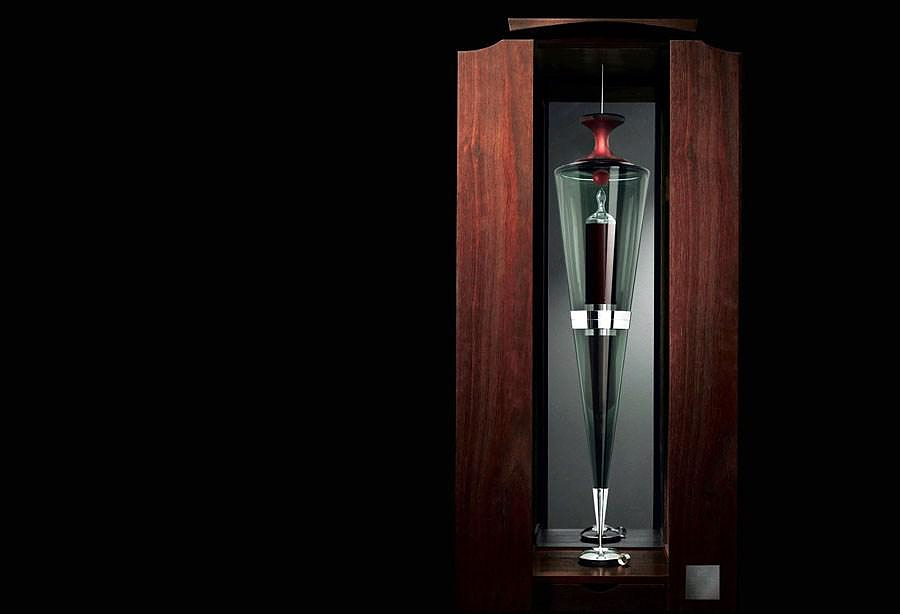 Released by South Australia’s most famous winery, Penfolds, the wine does not have much of history, instead, it relies on the experience, presentation and reputation of the brand. Tasting the wine is meant to be an experience in itself, as you have to break off a small piece of wood before you even begin to get to the wine. 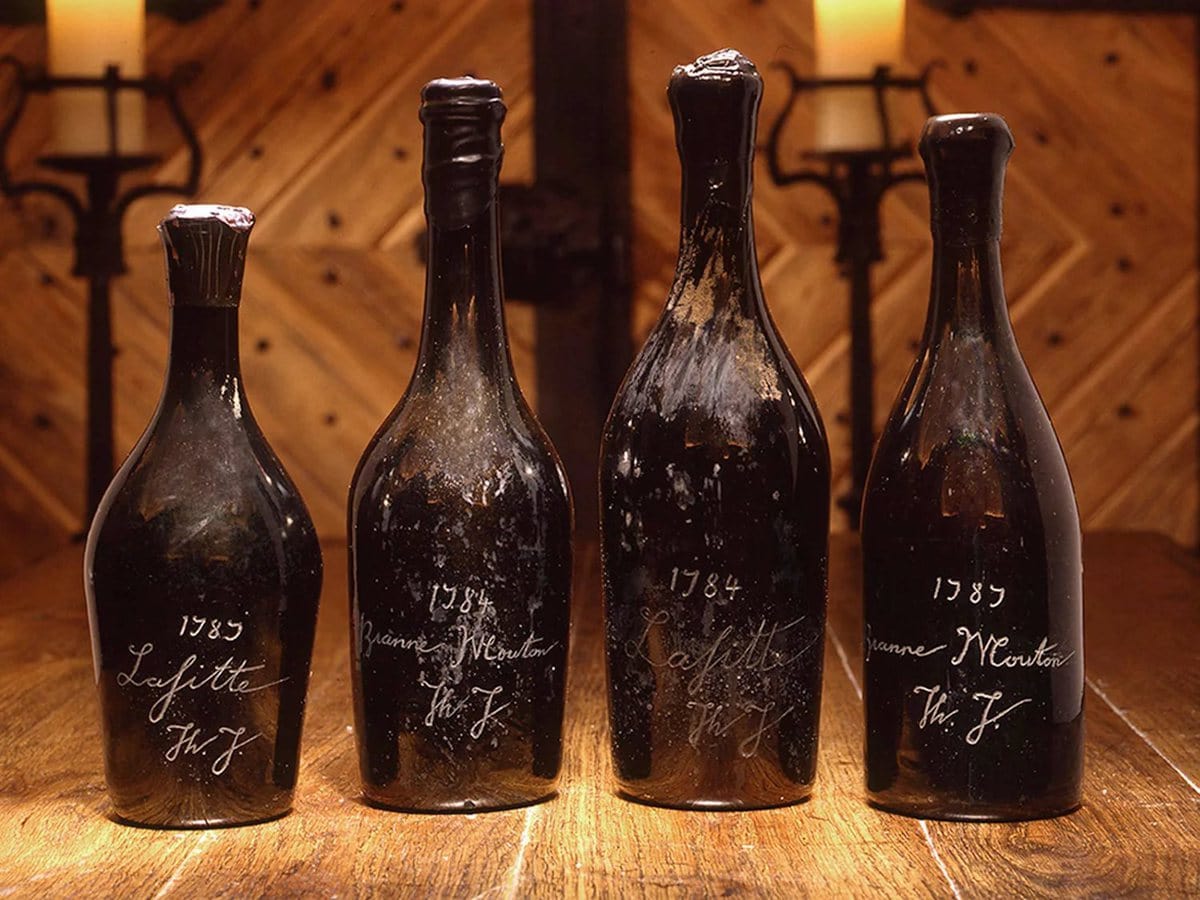 Labeled as the most expensive “standard” bottle of wine in the world, the vintage Chateau Lafite 1787 is thought to be from Thomas Jefferson’s cellar. This theory comes from his initials (ThJ) being etched into the glass and his well-known love and passion for wine. The Chateau Lafite 1787 was purchased by publisher tycoon Malcolm Forbes in 1985 and is one of the most expensive wines in the world.

Do not hesitate to contact our team if you are interested in collecting wine, we are able to provide you with the best specialists in this area.